Temperature control and heat reduction are extremely critical, but unfortunately, they are also the most overlooked aspects in terms of enclosure design. You must incorporate thermal control in the initial designs of electrical enclosures to save yourself the trouble due to temperature related issues in the future. Consider all the external factors that may limit the natural airflow through the enclosure, and thus heat it.

Excessive heat can even lead to a leakage in the integrated circuits of microprocessors; however, it won’t lead to any permanent damage. Industrial control systems and components which have capacitors are at a greater risk of shortened lifespans due to the high sustained heat.

The temperature of industrial control panel enclosures is related to the rate of heat which is generated within the panel and also to the rate of heat that is removed. When the usage of electronic and microprocessor-controlled electrical control gear increases, the control systems are bound to generate more heat.

This will be compounded by the increased use of electronic devices that generate waste heat too. Lastly, if there is a lot of equipment inside the control panel and negligible space, the enclosure will heat up more often.

What Happens When There is Inadequate Cooling?

Passive CoolingThis comprises of convection. Since the heat always transfers from a higher temperature material to a lower one, the enclosures must be designed with vents that are strategically placed to allow the hot air to escape and be replaced by cooler air.This method works well for keeping electrical enclosures cool. But, its feasibility depends on the location of the enclosure. It only works where the outside air stays consistently at a lower temperature than the air inside the enclosure. You may need to place air filters on the vents to prevent dust or dirt from entering the enclosure.

◦ Forced Convection: When passive convection isn’t possible, you can bring in the fans and blowers to do the job. It’s based on the same principle of convection where the fans move the air faster throughout the enclosure, thus boosting the cooling effect. While filters can be used to protect the enclosures from contamination, they don’t offer any protection against extreme variations in humidity.

◦ Air Conditioning/Heat Exchangers: If convection falls short in cooling the enclosure or ambient factors like humidity become an issue, you can try closed-loop cooling. Heat exchangers are capable of cooling the air effectively in colder environments where humidity can impact the design. And, air conditioners work best for electrical enclosures located in hot environments also.

Other Cooling AlternativesThese include ventilation fans which can remove the heat from the enclosure. This is a good option if the ambient temperature is lower than the desired enclosure temperature. Remember that fans are only capable of removing the heat. They don’t actively cool the enclosure. If you use fans, they should always be fitted with filters.

More and more we experience daily increase of temperature both ambient and follow up inHouse.

Does it have an effect on our Ex design and calculations?

An old Ex hand lamp’s life in the present

Protection concepts of types of protection “d”, “p” and “t” acceptable for

There is a company providing Ex services. They do follow the standard: 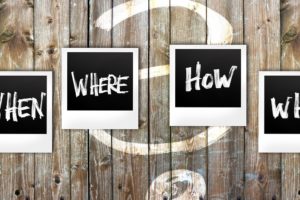