Increased use of electronic motor drives adds complications to the use of motors in explosive atmospheres.

A complex situation exists today in that not only the motor, but the effect of the drive on operations must be taken into account when considering suitability for use in explosive atmospheres. The use of high power electronics in controllers and variable frequency drives (VFDs) can also pose surface temperature problems.

Three components are required to constitute a hazardous situation: flammable material, oxygen and an ignition source (see Fig. 1). Explosion prevention in motors is concerned with limiting the simultaneous occurrence of all three, and with limiting the spread of explosion if it does occur.

The type and level of protection required depend on a number of factors including:

This is an explosion protection type in which the risk of ignition sources occurring during normal operation is minimised.

Ex e motors are always de-rated to prevent hazardous temperatures, sparks and arcs during normal operation including start-up [4]. Ignition during abnormal conditions such as the stalled condition is prevented by additional mechanical, electrical and thermic safety measures.

All parts capable of igniting flammable gases are placed inside an enclosure pressurised by a protective gas. A safe gas, typically air or nitrogen, is used to pressurise and purge the enclosure, and a control unit mounted on the motor ensures that the operation is safe. The pressurised enclosure houses all parts that could ignite an explosive gas mixture. The control unit maintains the excess pressure in the enclosure during operation.

A flameproof motor must limit the outside surface temperature, ensure that an explosion cannot spread to the external surroundings, and the pressure resistance must prevent any lasting damage or deformation to the protection of the motor following explosions within the enclosure.

Explosive dust cannot penetrate inside the dust-protected motor in sufficient quantity to interfere with the active part of the motor, and no dangerous hot surface or sparks may occur on the outside of the enclosure under normal operation.

Electric motors are generally cooled by means of fans attached to the motor shafts. In the case of variable speed motors, the fan may be driven by its own motor. Explosion and flame proofing require enclosing the internal parts of the motor. This generally does not allow air to circulate through the motor, and other means of cooling must be adopted. The standard solution is the totally enclosed fan-cooled motor (TEFC), which still uses a fan attached to the shaft, but external to the motor casing. The air is circulated through fins on the outside of the motor.

When controlling motors in explosive atmospheres, it is important to be aware of the effects an AC drive has on the operating conditions of a motor, compared to direct-on-line (DoL) operation. These include higher voltage stresses through steep voltage pulses, common-mode voltages and currents, and higher motor surface temperature rises due to non-sinusoidal supply. Motors used with VFD drives experience the same problem as normally ventilated motors in that, when run at lower speeds, the cooling is less and the case temperature will rise. This is a problem with XP motors as the case temperature may exceed the maximum allowed for the motor rating, even with TEFC motors.

Attention must be given to the VFD controller as well – whether this is to be placed in the explosive atmosphere close to the motor. This problem is often overcome by locating the drive away from the motor, but this has additional cost and safety implications. VFD drives contain high power electronic devices which could run at high temperatures and must have the same rating as the motor.

Although mounting the inverter and its ancillary equipment outside the explosive zone overcomes safety concerns, it does not overcome the traditional problem of increased temperature rise within the electric motor resulting from the use of variable speed drives. The cause of the problem is the non-sinusoidal output from the VFD, which invariably increases motor losses. In the past, when the majority of explosion-proof motors were certified on sinusoidal supplies, using an VFD could invalidate certification for a motor as the non-sinusoidal effects of the inverter moved the machine outside its operating parameters [4].

In a squirrel cage induction motor, the energy losses producing additional heat are mainly caused by:

The harmonics created by a VSD results in further energy losses, particularly in the rotor. For example, the deep-rotor bar design of some motors causes significant energy loss and heating. Transient voltage peaks also put electrical stress on the winding insulations; many of the current standard motor designs will suffer from reduced lifetimes when used with VSD supplies. In addition, premature insulation failures create additional ignition sources [3]. An above-standard insulation specification and/or techniques to reduce voltage transients is required to prevent sparks (ignition sources). An additional ignition source (associated with sparks) is associated with bearing currents. Wear of bearings by arcing due to motor shaft voltages is well documented.

Startup is the most thermally stressful part of the operational cycle. The start-up current is typically six to ten times the rated value, and the duration depends on the load torque speed characteristic and system (load and motor) inertia. A VSD motor starter can operate in a number of different start-up modes, from soft start to full on-line, and the effect of harmonics will depend on the mode employed. Where soft start is used, it will generally result in lower heating and will not affect the temperature class of the motor negatively.

For directly driven fan-cooled motors, including TEFC motors, there is a direct relation between motor/fan speed and temperature. In addition, reduced speed is associated with reduced motor power and, depending on the type of load (e.g. a flat load-speed curve), increased overheating can occur if the motor is operated for long periods at low speeds [3].

Motor-VSD performance curves illustrate that the maximum output torque drops off significantly at higher speeds than the design speed. Should the load remain constant or even increase at higher speeds, increased current will result and will cause additional heat.

During a change in speed, additional transient heating (similar to startup) can be caused by increased load with increasing speed due to inertia. This effect will be more pronounced with fast speed changes, or when frequent speed changes are made.

Not all motor manufacturers supply drives as well. Although some manufacturers supply drive/motor combinations tested and certified for use in explosive atmosphere applications, it is quite common for the motor and drive to be sourced from different suppliers. In these cases, the XP motor and its drive must be tested and certified for use as a combination in the particular class of explosive atmosphere anticipated. This often results in the need to underrate the motor to meet surface temperature limits.

An area particularly at risk is the retrofitting of drives to existing motors that used on-line starting, as testing may require removal of the motor from the explosive atmosphere for testing, depending on the class of explosive atmosphere involved. The danger lies in not testing or assessing the combination of drive and motor. 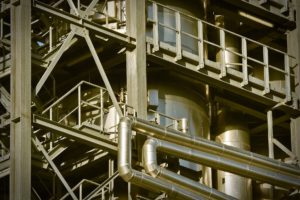 In my earlier post I have listed questions: https://exprofessional.com/2020/03/01/ex-actual-questions/?preview=true&frame-nonce=313d76b9ca. One of them

FIBC Type A Plain Bag – No Static Protection Safe use: • 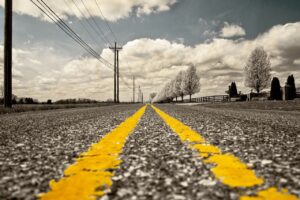