Instructions on the use of hand tools should take the following into account:
Two different types of tools can be distinguished:
a) tools which can only cause single sparks when they are used (e.g. screw-drivers, spanners, impact screw-drivers);
b) tools which generate a shower of sparks when used during sawing or grinding.
In zones 0 and 20, no tools which can cause sparks should be allowed.
In zones 1 and 2, only steel tools according to a) should be allowed. Tools according to b) should only be permissible if no hazardous explosive atmosphere is present at the workplace.

However, the use of any kind of steel tools should be prohibited in zone 1 if the risk of explosion exists because of the presence of substances belonging to explosion group II C (according to IEC 60079-20, acetylene, carbon disulphide, hydrogen), and hydrogen sulphide, ethylene oxide, carbon monoxide, unless no hazardous explosive atmosphere is present at the workplace during the work with these tools.
Steel tools according to a) may be allowed in zones 21 and 22. Steel tools according to b) may only be allowed, if the workplace is shielded from the remaining area of zones 21 and 22 and the following additional measures have been taken:
c) dust deposits have been removed from the workplace
d) the workplace is kept so wet that no dust can be dispersed in the air nor that any smouldering processes can develop.
When grinding or sawing in zones 21 and 22 or in their vicinity, sparks produced can fly over great distances and lead to the formation of smouldering particles. For this reason the other areas around the workplace also should be included in the protective measures mentioned.
The use of tools in zones 1, 2, 21 and 22 should be subject to a “permit to work” system. This should be included in the information of safe use.
– cut out of EN 1127-1 (already part of ISO 80079-36)

How shall marking be shown for equipment covered by both the electrical and non-electrical Standards (IEC 60079 and ISO 80079 series)? 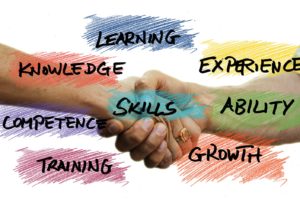 all which meet the requirements of the partners. like IEC (and similar) 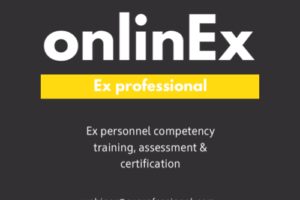 Education is important, so it is Ex personnel competency. Our weekly ExWebinars