The new ways of upcoming energy sources may question the compliance to hazardous areas.
The foundations of the hydrogen-based energy industry are built around the world and we are gradually approaching the moment when fossil fuels are taken over by this clean energy carrier. Australia has already signed an agreement with Japan on the export of hydrogen, and the first consignments are to arrive in the island around 2020. To do this, they will build huge hydroships.

The main advantage of hydrogen compared to fossil fuels is that it does not contribute to the production of carbon dioxide that causes climate change and only when water is burned.
Hydrogen can be utilized in many ways, and it can be of key importance, for example, to get enormous amounts of energy out of the wind farms and solar plants from the fence of civilization to consumers.
The automotive industry also has great hopes for hydrogen. In Japan, in parallel with the construction of electric filling stations for electric vehicles, the hydrogen filling stations are also distributed and you can get hydrogen-powered Toyota.
This energy carrier is similar to traditional fuels in many respects: only five kilos of hydrogen are sufficient for 600 kilometers of driving, and it is quick to catch the vehicles. Especially compared to battery electric cars, which should be left on the charger for up to 6-8 hours.
For now, the hydrogen-based economy is far from being a major investment in infrastructure for widespread use. There is a benefit in this electric car, as they are connected to an existing power supply. To transport the hydrogen or to minus 250 degrees, the gas needs to be cooled, which is a bit energy-intensive or otherwise stored. Now scientists are working, hydrogen can be efficiently converted into ammonia.
If the experiments are successful, then in the end, we may be able to use the energy of the Australia and Africa sunshine in Asia and Europe.
The market of Ex is growin’.

Let me say I do have numerous Ex installations on my site, 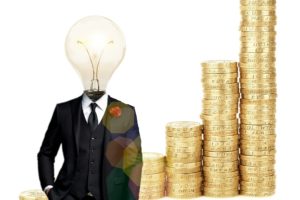 Short summary at the beginning of my blogpost: no more fluroscent light